There is a common misconception that you have to work on the improvement of the Quality Score of your Google Ads and Microsoft Ads account. There are plenty of software solutions that use QS improvement as their selling point. Though, Quality Score improvement may reduce your profit.

The positive impact of QS increase is exaggerated by PPC tools vendors and specialists that use it as a selling point. They tell you about possible positive outcomes of a higher QS, but they don’t tell you that a higher QS saves you money only in some cases, and actions you make to increase the QS may have a negative impact on your profit.

Quality Score is a misleading metric for optimization. Actions you perform to increase QS may decrease your conversion rate. 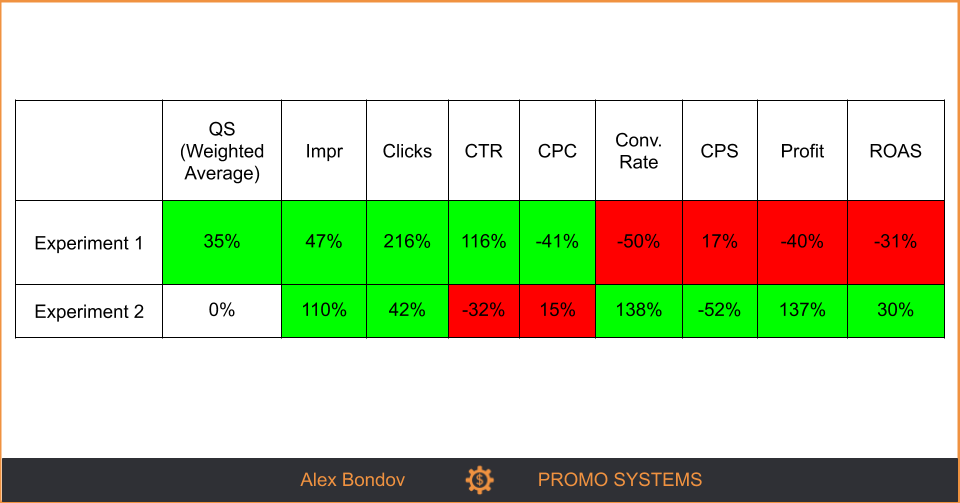 As you can tell from this table:

Folks that preach QS improvement would consider the test ad in the 1st Experiment as the winner, which would generate them losses.

Each of them can take one of the 3 values: 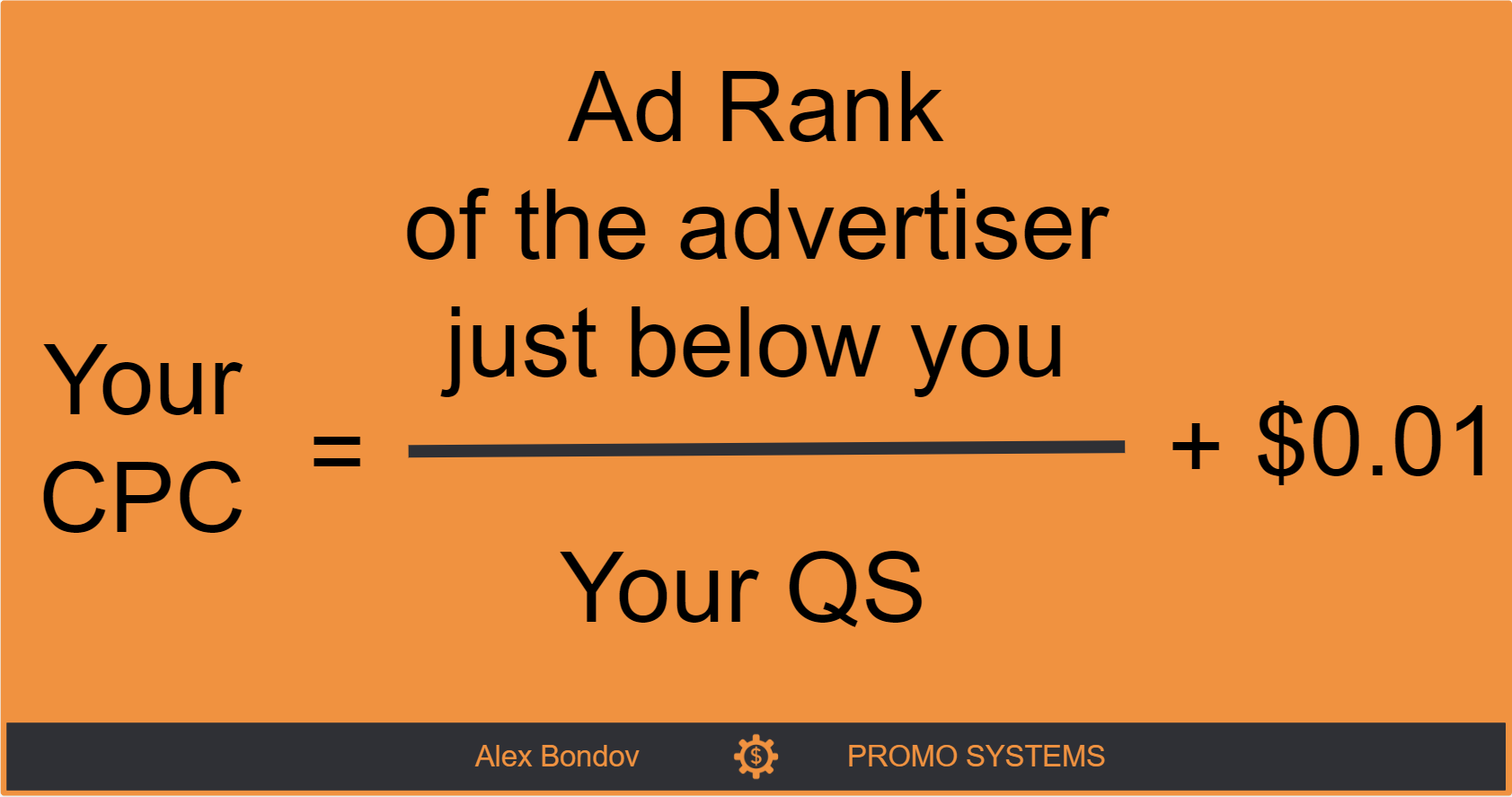 So, in theory, the higher your QS, the lower your CPC. Though, there is an exception: 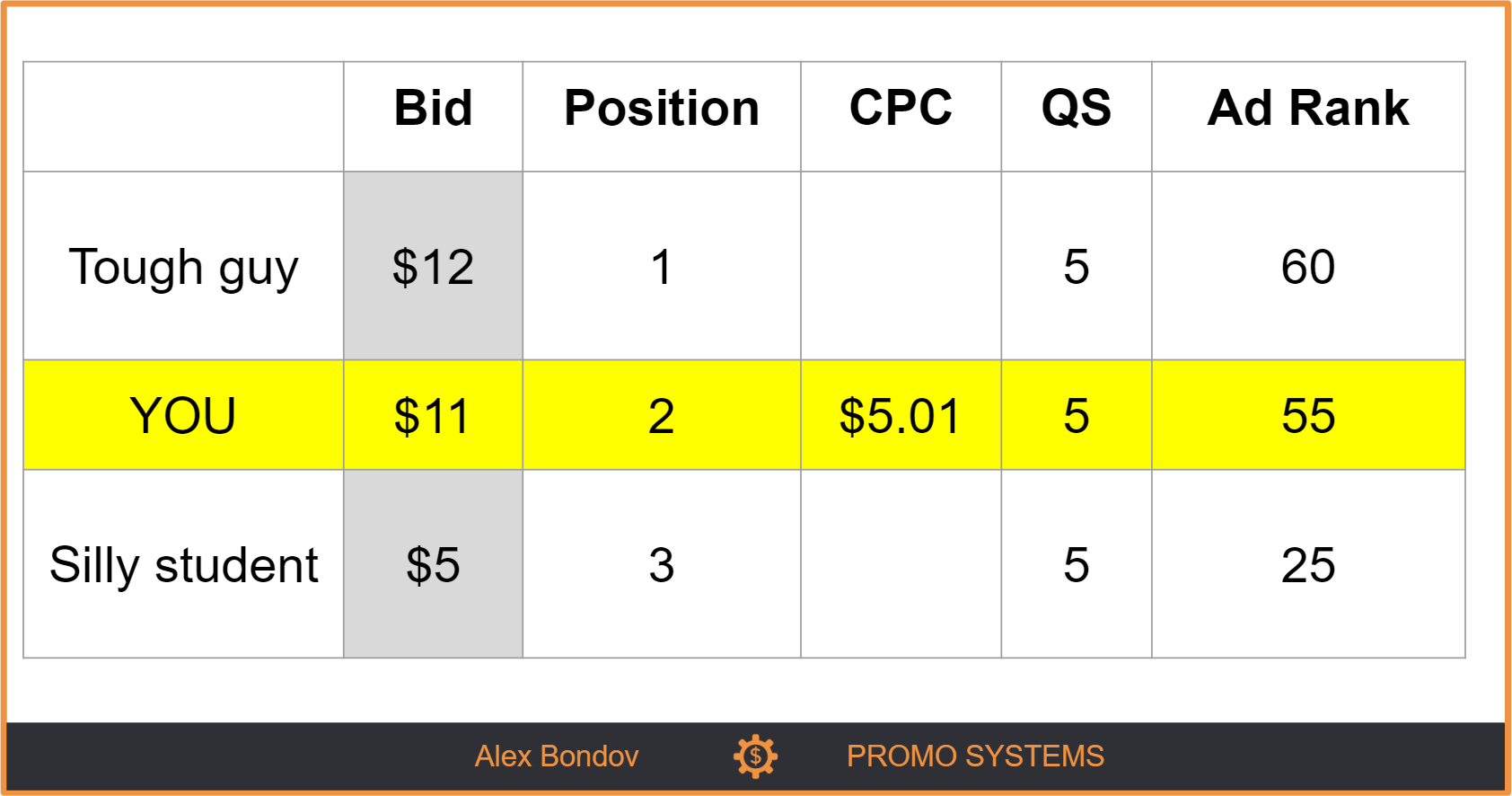 Then, your QS has increased to 6. 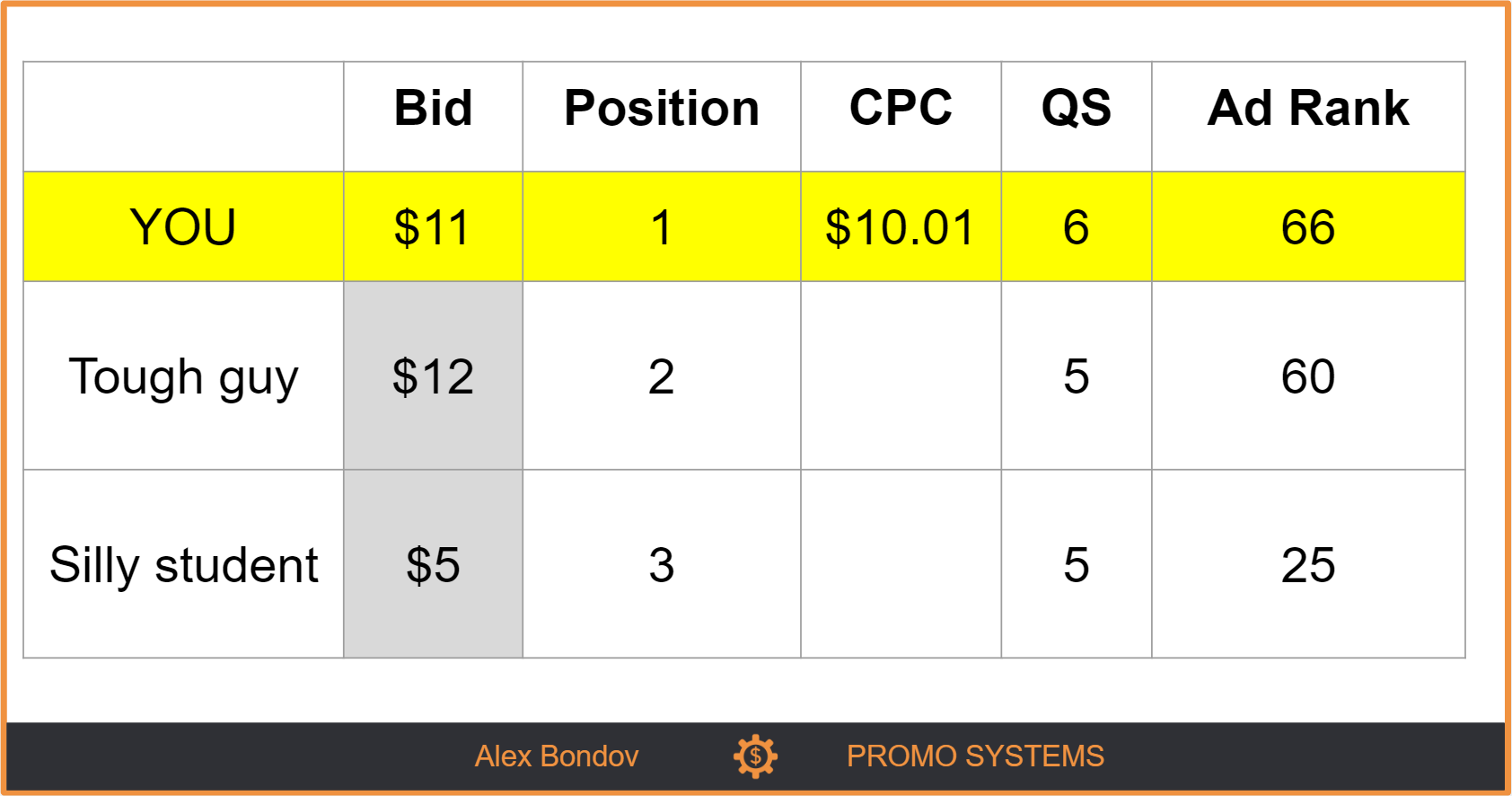 It led to an Ad Rank increase. It became sufficient to get to a higher position. Now, your CPC depends not on a bid*QS of the silly student, but on a bid*QS of the tough guy. You end up paying 2x more even though your QS has increased. Depending on your profit margins and conversion rate, such a QS increase may make cause a huge drop in profitability.

Automated performance-based bidding helps to avoid such situations. A machine has access to each advertiser’s data. It knows, by how much exactly to change your bid so you achieve your performance goals.

What is usually advised out there to increase your QS

As you have seen above, the fact CTR of your ads is not a part of the QS formula.

Plus, if your Expected CTR is already “above average”, an increase in the fact CTR will not have an impact on Expected CTR.

There is no direct correlation between fact CTR and CPC. Here are examples from some of the tests. As you can see, in some tests a huge increase in the fact CTR led to no considerable decrease in CPC, in some tests it even led to an increase in CPC. Asterisks next to the numbers mean the difference is statistically significant. 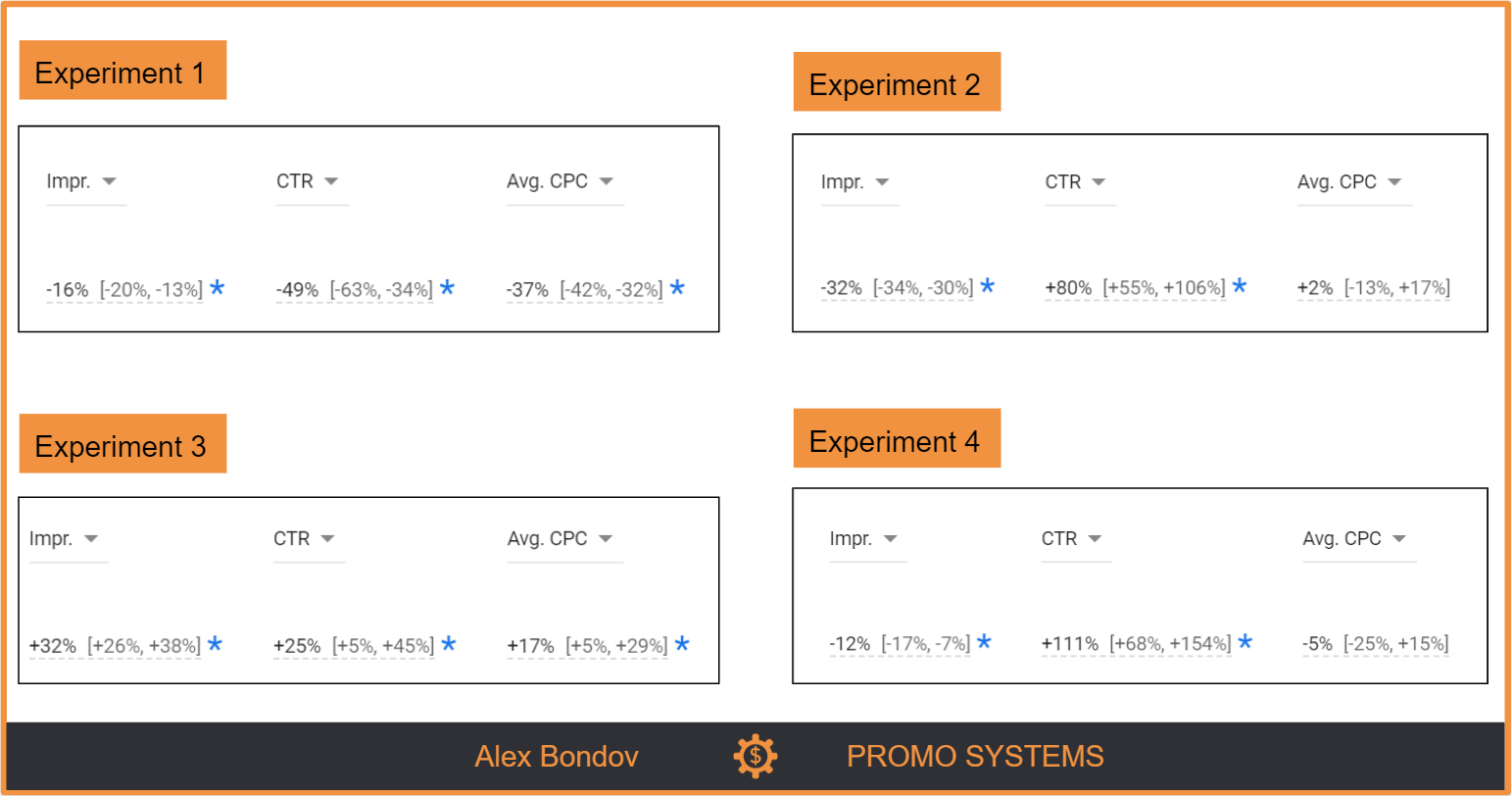 On top of that, an ad with a higher CTR may decrease your conversion rate. See the explanation below.

Of course, you have to test ads to increase profit. And what about the situations when the test ad leads to the QS decrease but drives a higher profit? What would you do: pause the experimental ad despite its higher conversion rate and higher profit? I don’t think so. The ad that drives more profit should be considered as the winner.

In addition to the previous explanations: an increase in CTR may not have a considerable impact on Expected CTR. If your current Expected CTR is “average” and your experimental ad has a slightly higher CTR, it may not move Expected CTR to “above average” => no impact on QS.

Or, it may increase Expected CTR but decrease the Ad Relevance at the same time. And while you’re trying to figure out why and what to do about it, your competitors test ads against the right metrics and take sales from you. 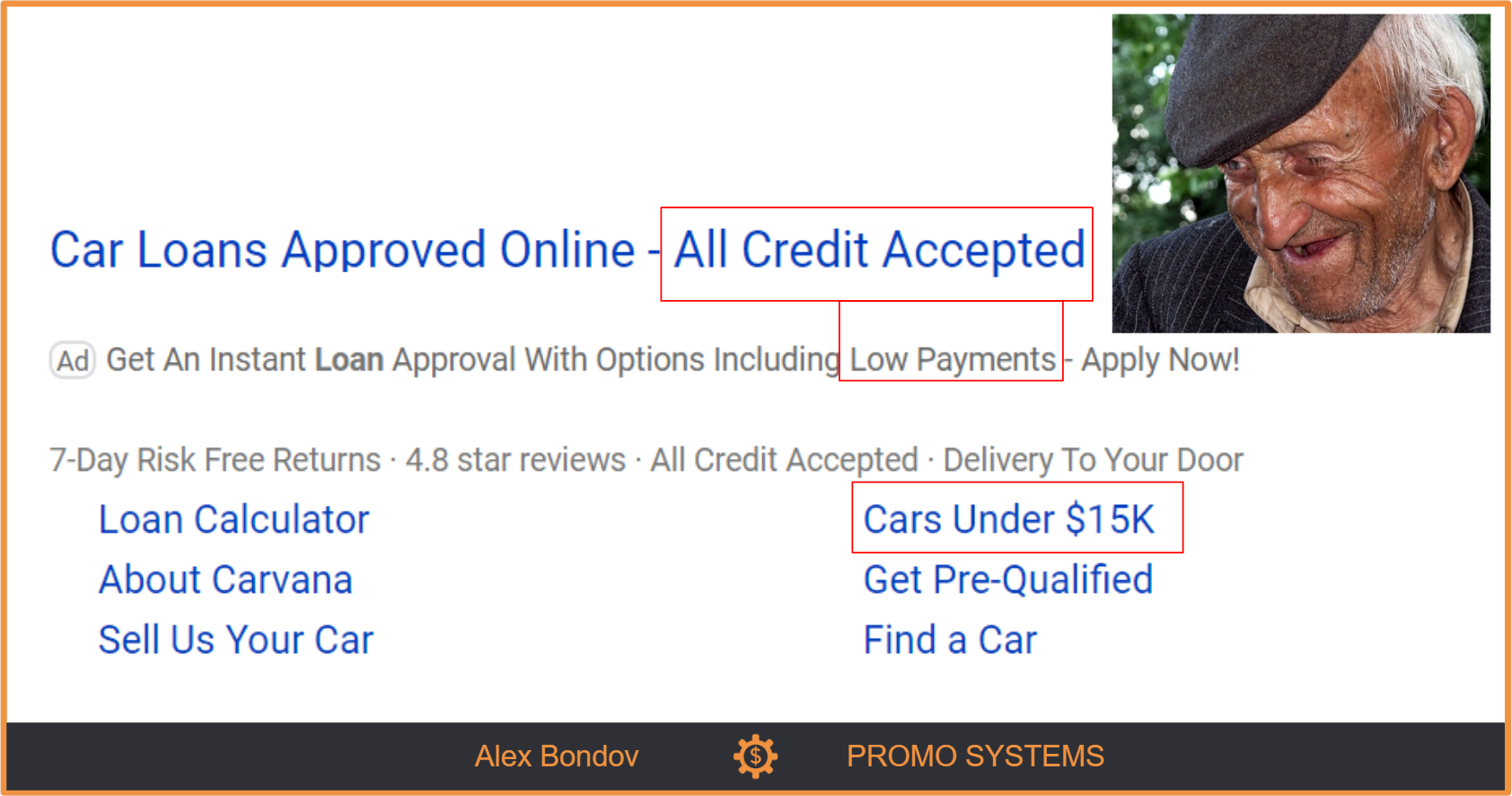 The same thing as mentioned above: of course, you have to test landing pages to increase profit. But the page that leads to an increase in the Landing Page Experience part of QS may have a lower conversion rate => have a negative impact on your profit.

There are built-in tools that allow you to tailor an ad to a search query (plus, to other factors, such as a user’s location) without scattering keywords across ad groups (which I consider a lazy, counterproductive approach). The main benefits of keeping account structure lean are:

Yes, the higher the QS of a keyword, the lower its CPC. But CPC may decrease along with the decrease in conversion rate. Your new winning ads and landing pages that you’ve evaluated against QS value may have a lower conversion rate because they attract the wrong audience for your business.

Yes, adding negative keywords is a must. But not for the sake of Ad Relevance increase. You have to do this to increase the conversion rate in the first place – it has a much higher impact on profit than the Ad Relevance value.

What to do instead

What Google says about QS